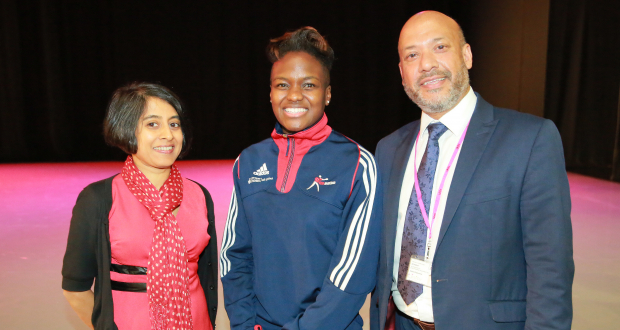 The chief executive of Unity Homes and Enterprise has told a national conference that empowering people from BME backgrounds is a vital tool for improving life prospects.

Ali Akbor, who has led Unity for more than 19 years, was speaking at the inaugural Diversity in Housing Conference at Villa Park football stadium in Birmingham.

Organised by 24 Housing magazine, the event attracted senior housing sector figures from across the country.

Mr Akbor told delegates that, in common with many other BME-led associations, Unity was set up in the 1980s to help BME communities living in low quality, poorly-managed homes.

“Unity’s founding fathers deserve great credit for what they did back then including their work to establish the core mission under which we continue to operate: to provide housing choice, improve life opportunities and address inequalities,” he said.

“Unity seeks to empower BME individuals by working closely with the communities we serve, most of which have a high proportion of residents of BME origin. We are also proud to have a very strong BME representation in our staffing and on our board.”

Mr Akbor explained that, in common with other housing associations, Unity participates in various programmes which support and promote opportunities specifically for individuals from BME backgrounds to get into the housing sector.

But he added: “Our culture is already very well-established. It reflects our roots and it delivers results for those individuals and community groups who are most at risk of being left behind if Unity was not there to support them. The revitalisation of communities is not just about providing high quality affordable homes, but also stimulating social and economic regeneration.”

Mr Akbor told the audience that Unity Enterprise was established as a subsidiary not-for-profit company in 2000 to support local entrepreneurial activity in Leeds. It now runs three business centres, which are home to more than 80 different enterprises and a business incubator recently opened by the Lord Mayor.

“The idea behind this initiative was to retain community assets for the benefit of the community,” he said. “Through Unity Enterprise, we support businesses, social enterprises and community organisations in the area in which we operate. They in turn develop new businesses, create jobs and training opportunities for local people.”

Mr Akbor continued: “Unity Employment Services was set-up in 2011 to assist Unity tenants and their surrounding communities in accessing employment and training opportunities. To date the team has supported more than 1,300 people into work or training including a number who have taken up paid employment with Unity. We also continue to have a dedicated Financial Inclusion Service to provide tenants with advice and support relating to debt, budgeting and welfare.”

The Unity chief executive said that whilst the housing association had broadened its range of activities over the last three decades, it will always remain true to its origins and close to the individuals, families and community groups it serves.

And he remarked that double Olympic boxing champion Nicola Adams, who grew up in Leeds, had received help from Unity with her transport costs when training for London 2012. He added: “This is an example of how with the appropriate support you can literally reach for gold.”

Concluding, Mr Akbor said that Unity seeks to empower people in many difference ways. He continued: “We have a deep understanding of the communities we serve. We get to know the people who live in these communities. We seek to gain their trust. And we try to help them in any way we reasonably can.”

0 comments to "People empowerment is the key to success, says Unity's Chief Executive"